The Story of Sparkles the Clown

“Sparkles the Clown” first appeared in 1997 when Terry Donaldson was asked to return to Tracy’s Fourth of July Parade after rollerblading as “Lady Liberty” the previous year. She donned a clown costume and pretended she did not know how to rollerblade . . . falling on a pillow tied around her fanny . . . legs flying in the air. She was an instant hit! (Ouch!)

Thrilled with the response of those attending the parade and festivities, Terry immediately knew, at age 47, what she wanted to be when she grew up! She attended clown school and launched her new career as “Miss Sparkles Delight,” often shortened to “Sparkles the Clown.” 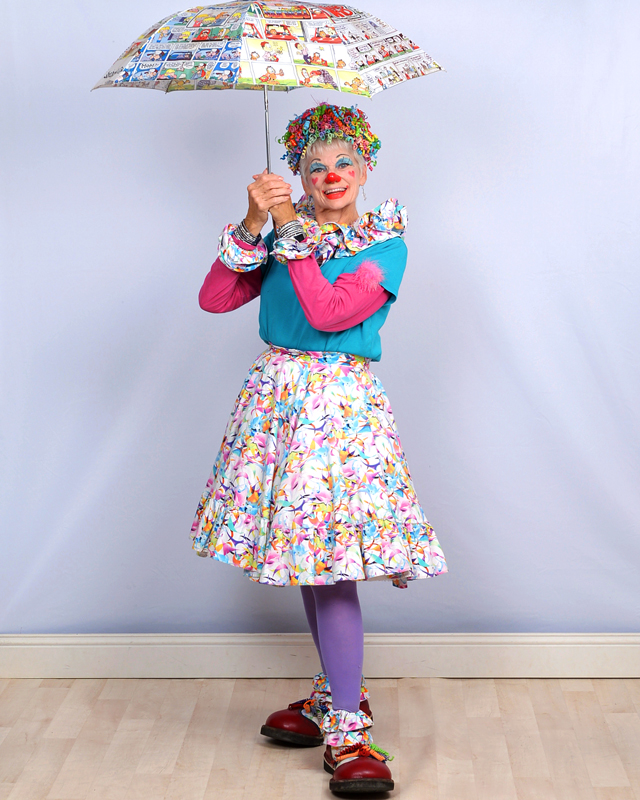 In 1997, she attended classes at San Francisco School of Circus Arts and Concord School of Clownology. Miss Sparkles Delight is a member of Clowns of America International (COAI) and World Clown Association (WCA).

Sparkles Delight has an energetic, fast-paced, mesmerizing show that keeps children entertained! She quickly establishes rapport with children, encouraging them to participate fully by expressing their individuality and creativity. Evoking the children’s spontaneity and joy is just one part of the unique magic Sparkles brings to her events.

In her show, you may find puppets and stuffed animals, dancing to “Singing in the Rain,” magic, balloon creations and misnamed and mishandled props that are used for lots of silly things!

Together, Sparkles and Ravioli also have a Silly Show that uses their combined talents to entertain at Libraries, Christmas Parties and School Assemblies.

Tracy Chamber of Commerce since 1995

Clowns of America, International since 1997

Sparkles’ most popular package includes Bubble Play, where the children create HUGE bubbles (weather-permitting) while Sparkles Plays along in the fun.  If we must be indoors, Sparkles brings items for independent play (like balancing peacock feathers).

A Silly Show with Magic entertains the youngsters as Sparkles forgets things like: She can’t get her animal names correct, can’t juggle, can’t jump rope, can’t operate a jack-in-the-box, eats feathers from a feather duster, drinks water wrong, dances with broken umbrellas, can’t blow up balloons correctly . . . and . . . more! (You get the picture!)

There’s a practice of singing Happy Birthday with the children, and then we include everyone for the official singing, photo opportunity, and blowing out of the candles!

While the cake is being served or the piñata is being struck, or presents are being opened, Sparkles is twisting balloons that will be handed out by the hosts at the end of the party. 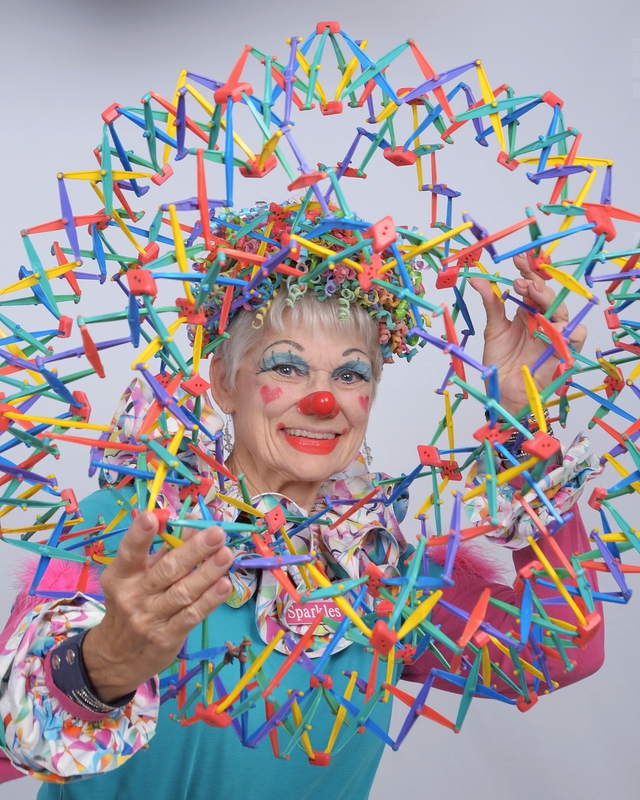 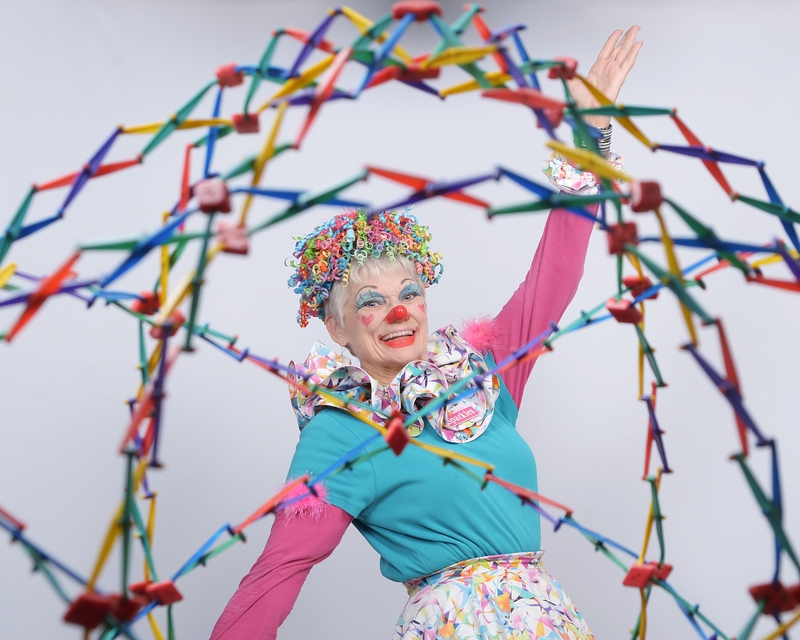 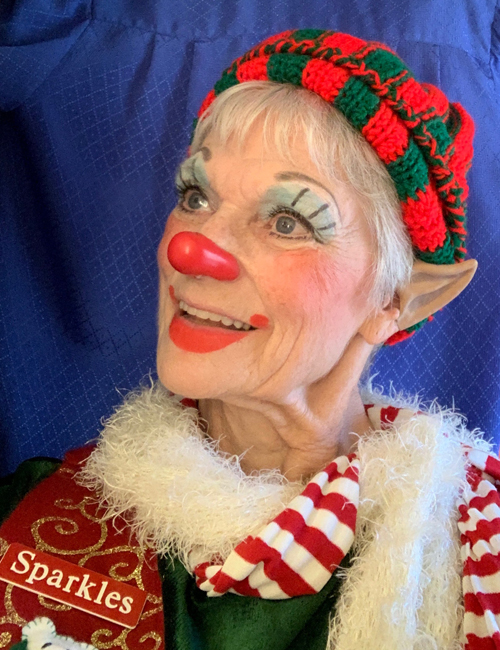 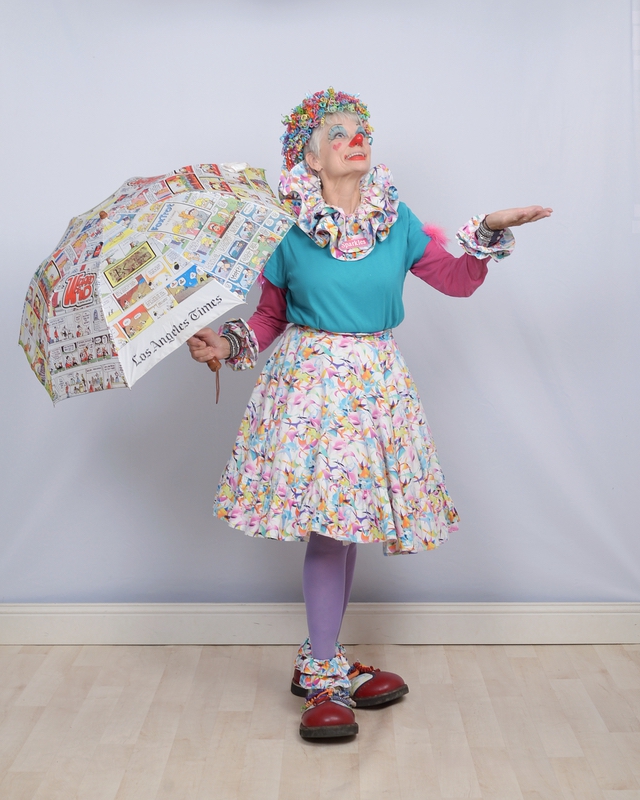 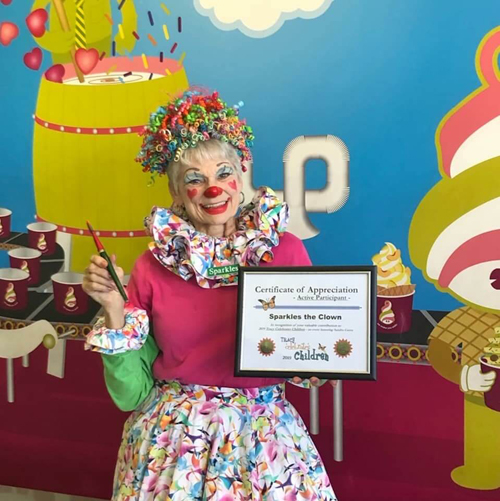 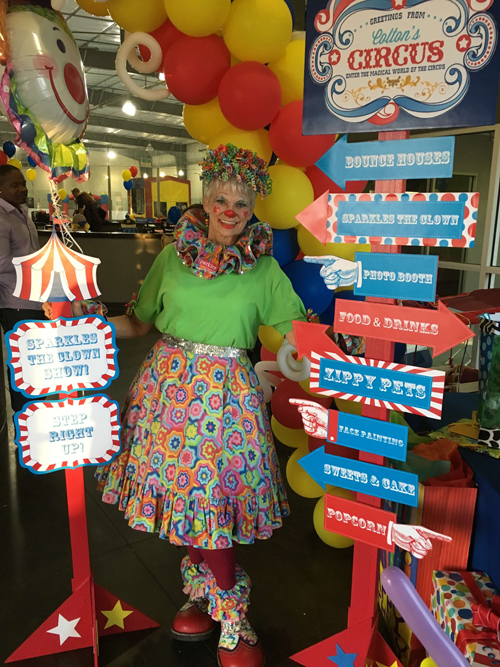 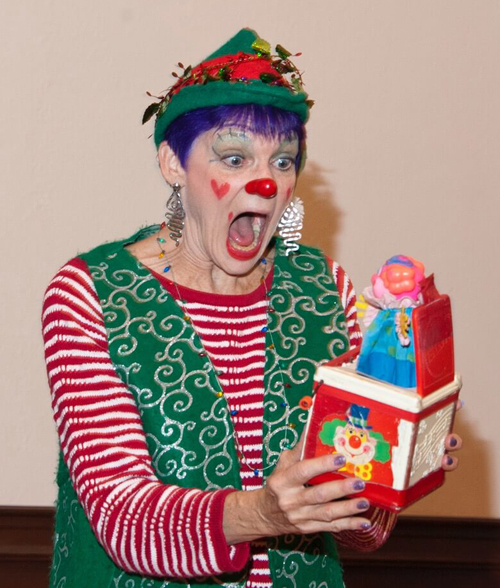 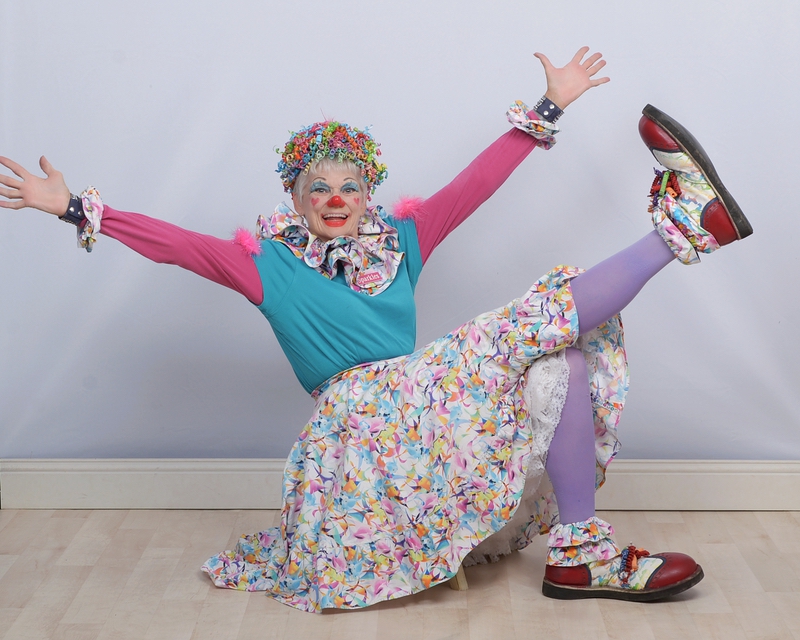 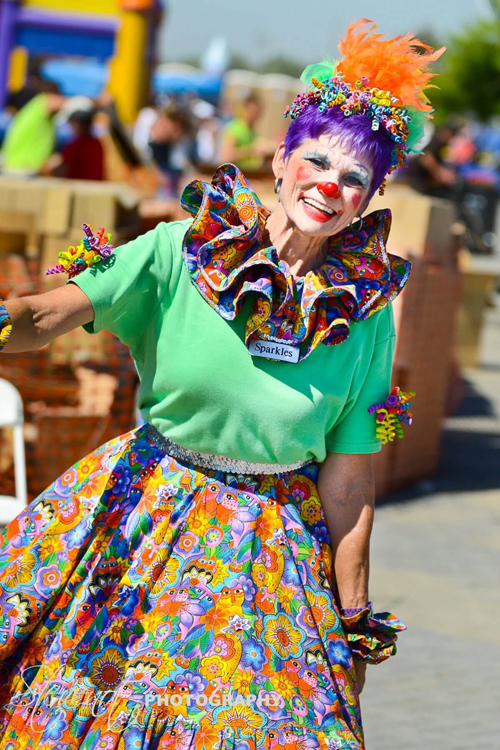 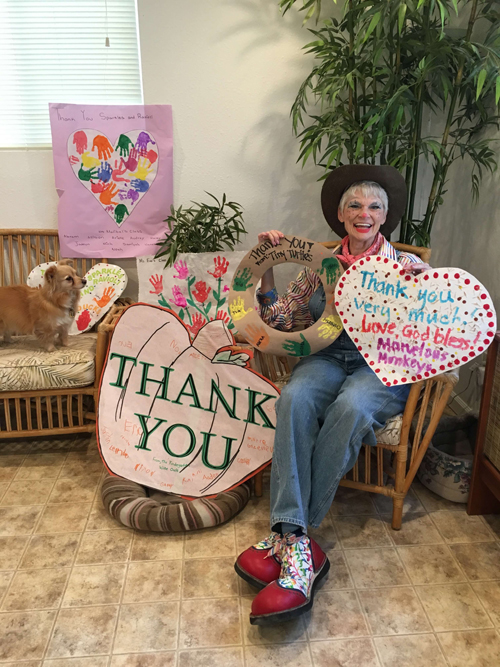 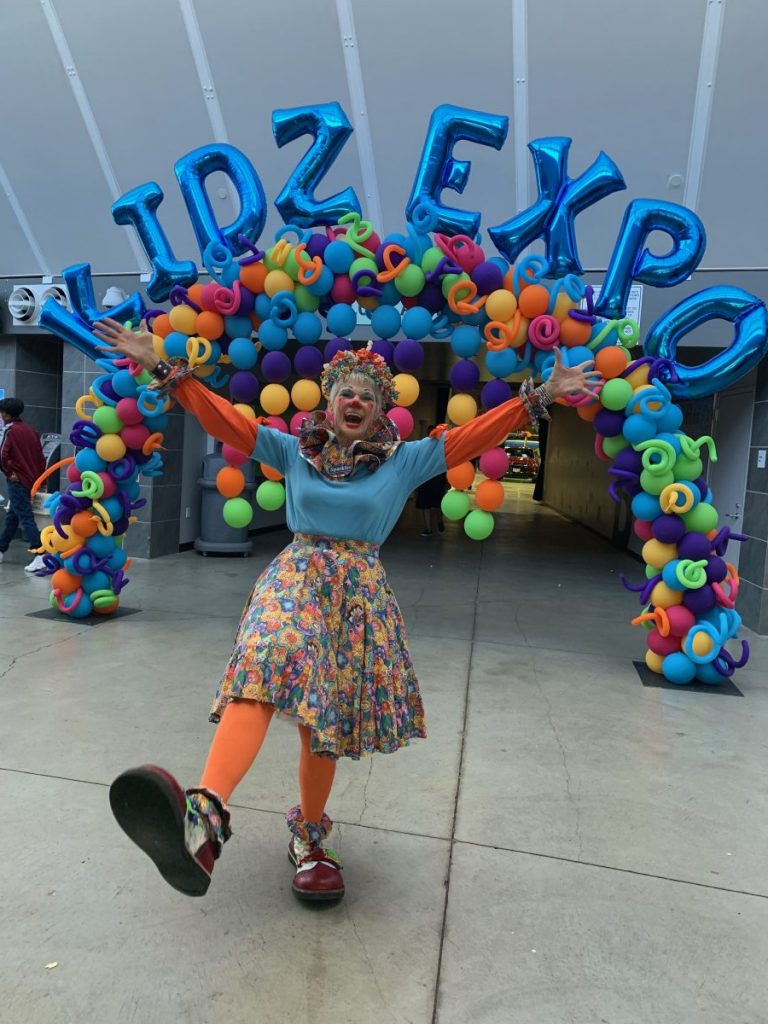 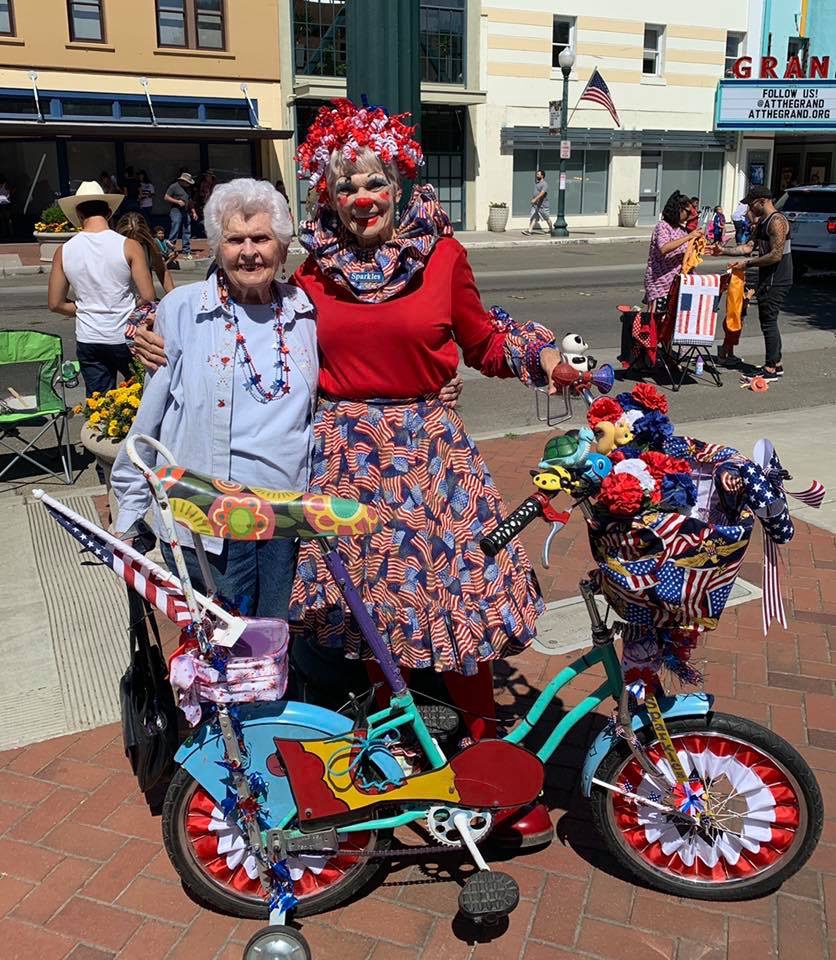 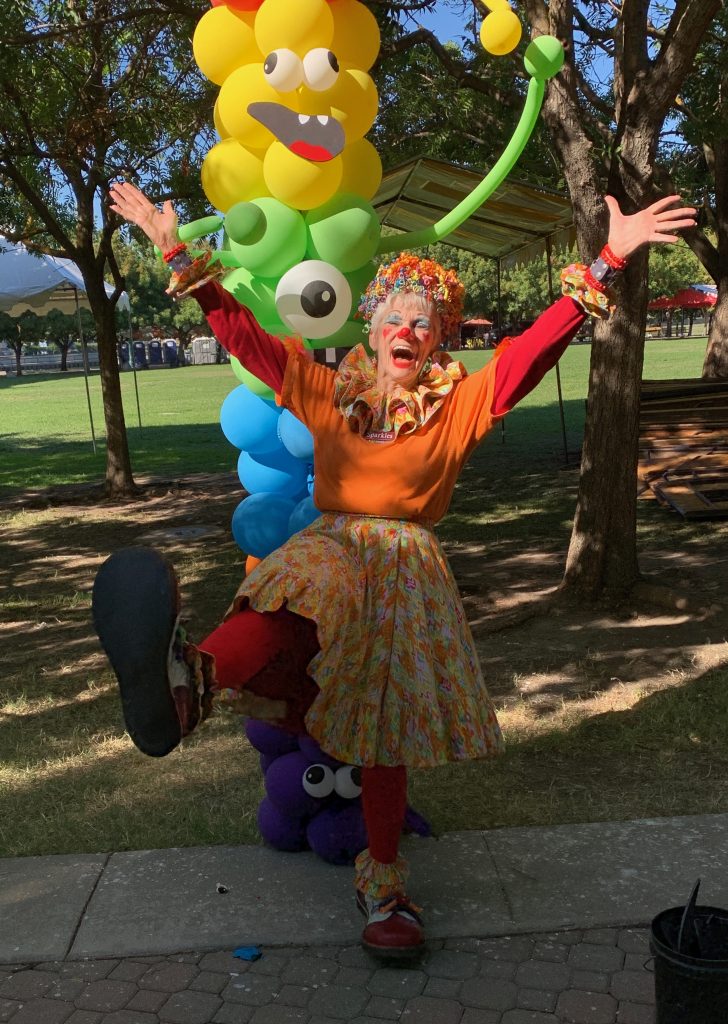 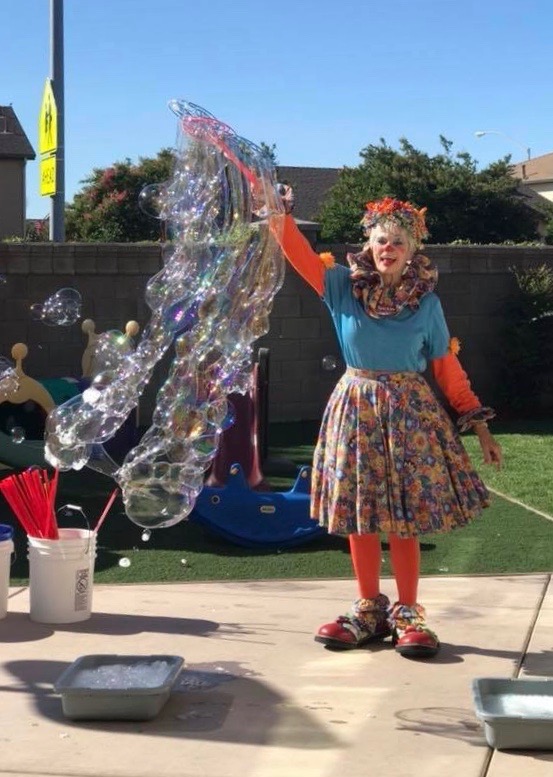 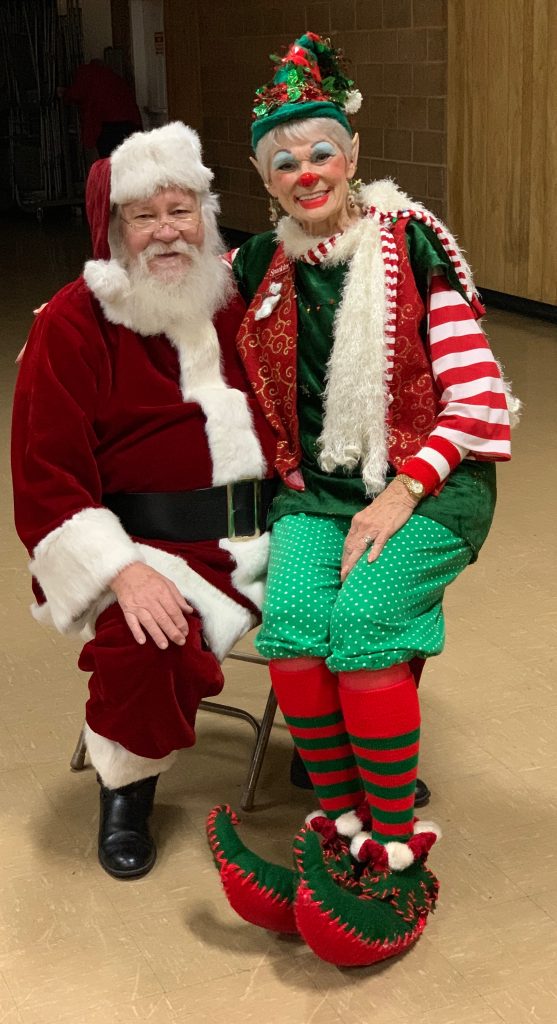 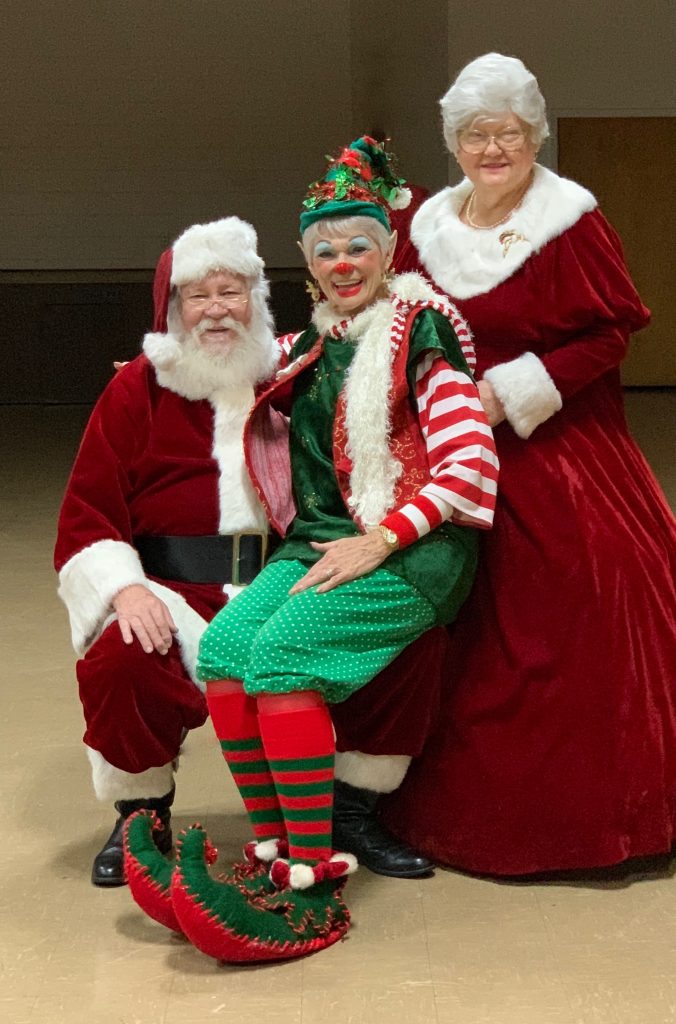